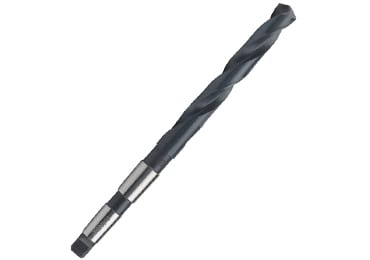 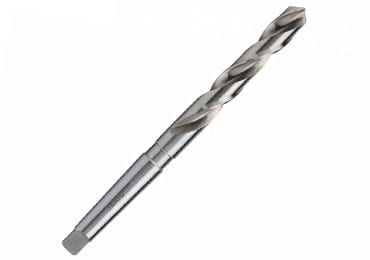 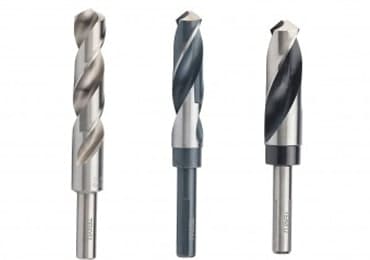 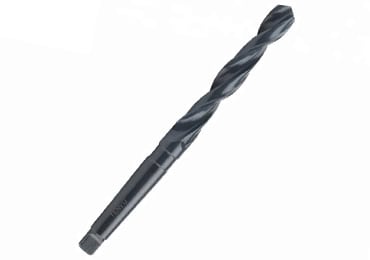 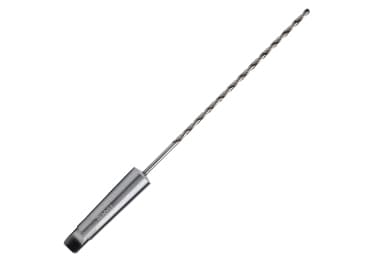 Tenyu Tool is a leading global manufacturer of morse taper drill bit, and we understand that you may have some questions about it. We have put together some commonly asked question and their answers. Check them out below;
1.What is Morse Taper Drill Bit?
If you ever need to secure cutting tools or tool holders, you need to have a machine taper. A machine taper is an integral part of a power tool or machine tool as it holds the cutting tool firmly in the spindle of the machine or power tool. A drill bit is a tool that is used to create holes in different materials. Drill bits usually come in different shapes and sizes. The Morse taper is used to mount the drill bit directly into the spindle of the drill. So, when the taper shank and the socket come in contact, the taper transfers the torque to the drill bit.

Compared to the straight shank drill bits, there is an increased need for Morse Taper Drill bits in the manufacturing and the machining industry in the present times. While you may be thinking of shifting to the Morse Taper bits in the coming times, it is essential you get to know about the same. In this guide on Morse Taper Drill Bits, we have tried to answer some of the frequently asked questions so you know what to expect. For more questions and answers to your queries, you can reach out to us at Tenyu Tools.

What are Morse Taper Drill Bits?

Morse Taper Drill bits are named after Stephen A. Morse, who developed this machine tool over 150 years back. These are the most widely used tapers in industries.

Morse Taper drill bits are self-holding tapered shank drill bits used in metalworking. They are said to have higher heat and wear resistance than high-speed steel. The Morse taper on the bit allows it to be mounted directly onto the spindle of a drill, lathe tailstock, or into the spindle of a milling machine. With a drill morse taper of approximately ⅝” per foot, torque is transmitted using friction between the twist drill taper shank and the socket. The tang at the end of the morse taper bits is used for ejecting the drill bit from the machine spindle with the aid of a drift.

What are the Sizes Available in Morse Taper?

Morse Tapers arrive in eight different sizes and can be identified by whole numbers between 0 and 7. There is also one half-size i.e 4½ which is very rarely found. Morse Taper Shank Drills have a nomenclature as MT followed by a digit signifying the taper number.

For example, a Drill Morse Taper with a number 4 scale is coded as MT4, number 2 as MT2, and so on.

Different sizes for the large end and the length according to various taper sizes are as follows:

The general and the best Morse Taper Bits Ratios or the Morse Taper Standard are made of 52100 steel and are heat-treated to 60-64 Rc. They are guaranteed to have 0.0002 or less total-indicator-runout. Some Morse Tapers are hardened to 45-50 Rc.

What is a Morse Taper sleeve?

Morse Taper Sleeves are used to either reduce or size up the tooling add ons. The most common tooling equipment like the morse taper shank drills, taper reamers, and other HSS taper shank drill bits. These sleeves are hardened steel and are ground internally as well as externally.

What is the most common Morse Taper Tooling?

The most common Morse Taper Tooling is Taper Shank Drills, Morse Taper Reamers, and HSS cutting tools. The most popular among them is the MT3 which drills approx. 23mm to 32mm.

How Do You Release a Morse Taper?

One can release or remove the Morse Taper using a Taper removal tool. If you are looking to remove a tool drawn into an MT1, you’ll need to loosen the drawbolt a few turns. You will need to turn the removal ring counter-clockwise until it contacts the top face of the tool you need to remove. Use a tommy bar to keep the spindle from turning and the other in the hole of the removal tool for it to break loose. Now to remove the chuck, slip the Release Ring Spacer onto the spindle shaft between the removal ring and the top of the drill chuck. Rotate the removal ring counter-clockwise to thread it down until it contacts the release ring spacer. Once loose, remove the drawbolt slowly while also supporting the chuck so it doesn’t drop out of the headstock.

How to Determine What Type of Morse Taper is Needed for Your Woodworking Lathe?

If you want to determine the Morse Taper size of your Lathe headstock spindle or tailstock ram, you can measure the shank dia of an existing drive center or tail center. In case you don’t have any existing center or drive to measure, you can measure the opening of the Morse Taper hollow socket on the headstock spindle and or tailstock ram of the lathe machine.

For woodworking, MT sizes of 1 to 3 are the most preferred. However, heavy machining and industrial lathes can have larger sizes as well.

Originally known as Morse Taper Shank Drill Bits, the name comes from the developer of the Tapered drill bits, Stephen A. Morse, who developed them in the late 1860s. Having a vertically elongated trapezoidal shape, with a pointed head on the larger diameter end, these tapered shank drill bits are considered the best to be used on a lathe. These tapered shank drill bits arrive in sizes 0 to 7, there is one rarely found, the size of 4½, and has a taper of 0.0520 per inch. Adding this size, the total number of Morse Tapered Shank Drill Bits becomes 9.

Morse Taper Drill Bits can be identified using their nomenclature. The nomenclature method is worked out by taking the first two initials from Morse and Taper and the number from 0 to 7. This means that a number 0 will be called MT0, the number 1 as MT1, and so on.

The Morse Tapers on the drill shank allows the bit to be mounted directly into the spindle of a drill, a lathe tailstock, or into the spindles on milling machines using adapters. These tapers are self-locking and have a taper of approximately ⅝” per foot that allows the torque to be transferred to the drill bit by the friction between the taper shank and the socket. The tang at the end of the taper is meant for ejecting the drill bit from the spindle with a drift providing aid in the same.

The Morse Taper Drill Bits are based on Morse Taper System. This system was introduced by the Morse Twist Drill and Machine Company. Based on a Taper-per-foot value of ⅝ inch, these Morse Taper Drill bits have now emerged to be the most widely used drill bits around the world for machining. In a practical word, none of the Morse Tapers are 0.62500 per foot, rather only measure between 0.59858 to 0.62565 per foot.

Some advantages of Morse Taper Drill Bits are:

One of the disadvantages of the same are:

Get a Quick Quote!